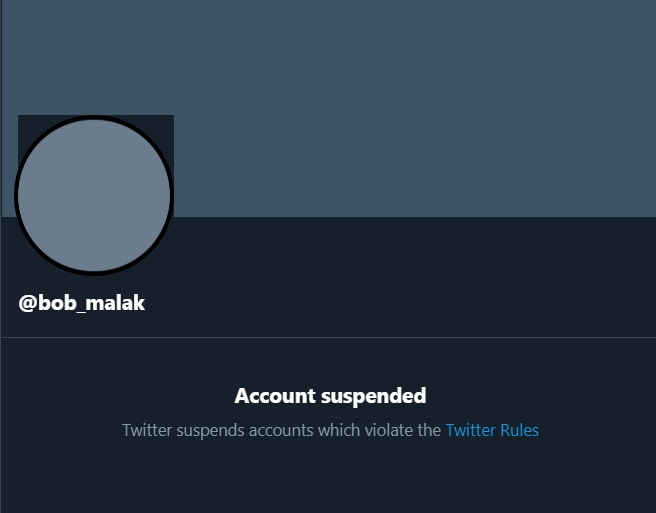 Actually, everyone who followed @bob_malak knew this would happen.  @bob_malak was just the latest account of one of the most incisive commentators to ever lend his talents to the hellsite that’s known as twitter.

Because he’s on the right and he genuinely doesn’t care who he offends, the commentator who was known as Bob Malak gets suspended regularly.

Because twitter is ultimately an impotent god, he always returns with a new name.